A Better Pair of Shoes "The Thinner Soul", a novel - Chapter 7 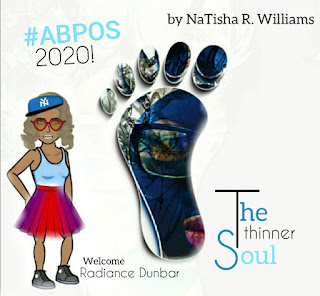 (Click on the Image to open a clearer view)
#ABPOS The Thinner Soul, Chp. 7
Monica Shepherd-  What is it with guys and art galleries this millennia: a general period of righteousness and happiness?  It's the new wave of hoppers.  I used to stand at the corner of the gallery and watch loads of women come through looking for their life's subject in the canvases on the walls.  Now it's unknown males just staring with whatever the search hidden deep within.  I haven't been able to pin point the caravan in their hearts or the subjects lingering in their messenger bags.  I'm captured by his gaze.  Standing from behind it's still a deep gaze.  I'm studying his selections; where his feet are led to stop, and he appears to have a solid question.  I mean.. the three artists, the stories, and the gifts.  I study them all as they come and go.  I know the types they draw, and I know he's coming my way.  It was the recognition he attempted to disregard upon entry, and the two glances back that tells me.  I'm not waiting, but it's where I generally study and I know recognition.  He's successful.  He's probably married.  He's also a shepherd.. not like me, but, in a grand and realized way.
"It's coming together".. the words he used to answer the question, "How's it going today?"  A choice that tells me that he may be content but contentment has stayed too long, or contentment is not the biggest slice of pie on the plate at this time.  It's also the words that helps me to follow his wet shoes back to the footprints in the sand.  It's all erosion.  It's all broken up pieces of life that flows into the rivers and streams we move through in our lives.   His other answers are relaxed, but decorated.  He knows how to steer the eyes and the mind; help you to see what he'd rather you see, but he doesn't know I'm self-awared and that I'm one of the canvases that he's led to.  I know why he's made all the choices he's made since the moment he walked in the door to the gallery, and I can hear more than the answer "It's coming together".  I can hear the voice of Radiance Dunbar, and I know that they have pairs of shoes in common.  She's a sandal.  I knew it the moment I heard her first album, and he's a loafer, but the similarities aren't enough to keep the pool open.
He leaves and I can smell his aroma.  It beat him into the room and left the gallery with a fresh smell.  I'm balancing the fumes when I see the dress and hear about Radiance's new album.  It's his presence that's fallen on her, and I know it's going to be death and not rebirth.
#ABPOS The Thinner Soul, Chp. 8
Radiance- Ample Sound is tracking me again.  Ample Records is now many, and I'm a part of what is known and remembered.  The story is spread among the albums, and the albums are buried in the sand.  Death to Forty is on the radio, and the sound is waking up the fans.  That's the news as she sees it, and she usually calls it correctly.  It's just a blog but it's where everybody gets their gear, and I'm geared up to put Ample Records back on the map.  Except.. he's here.  I get the feeling I need a gamble.  I reach for the phone and dial the numbers that I'm certain are just the same as before and before I respond hello, I clear my throat.  I hear the words.. "Double or Nothing."  It's no surprise.  Ample Sound has already sounded off, and by now, everybody in the industry must know that I'm back.  I'm waiting to hear her thoughts on the song, but there's just a few more seconds of silent and shock than I've anticipated.  She's already met the challenge with words and either I've got to clarify or I've got to hang up the phone.
"Double your record or double my record?"
"Double whatever you have in mind.  I know who you are."
"Done.  And the song?"
"Give it six months and it'll have the entire country."
That's it.  That's all I hear before she hangs up, and just like that.. I believe that I'm not just back, but that I'm facing a rebirth. 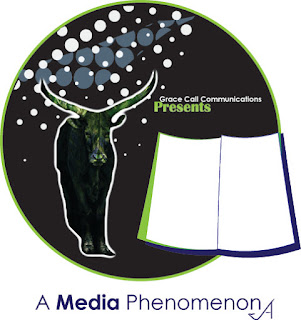 A Better Pair of Shoes “The Thinner Soul”, a novel
Copyright 2020 by Natisha Renee Williams and Grace Call Communications, LLC
Also Known As…  #ABPOS The Thinner Soul
UnEarth!
Following UnEarth? Write behind me as I unveil my new Suspended-Release Novel.. A Better Pair of Shoes "The Thinner Soul". Write 2 Chapters a week. Try Monday's and Thursday's and look for new graphics as I move along in my release. https://abetterpairofshoes.blogspot.com/2019/11/get-ready-to-write-your-first-book.html
Use the link to begin your Suspended-Release Novel:
All Rights Reserved
All rights reserved, including the right of reproduction in whole or in part in any form.  Written permission must be secured from the author Natisha R. Williams and/or Grace Call Communications, LLC to use or reproduce any part of this book, except for brief quotation in critical reviews or articles.
A Suspended-Release Novel ABPOS ABPOS The Thinner Soul An Open Book Novel Author NaTisha R. Williams blogs by NaTisha Renee TTS Chapters7-15 UnEarth