A Better Pair of Shoes "The Thinner Soul", a novel- Chapter 1 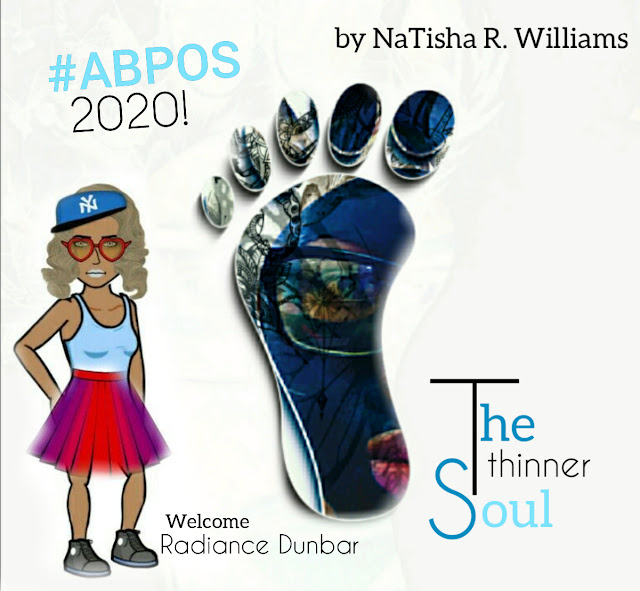 Radiance- It's the first and last words I heard after my latest single played for my investors.  "Sounds like you have a bit of a thinner soul there."  What does one do with that kind of a comment?  Then the speculating glances between the suits.  Everyone turns into a philosopher, and you're left with a wince that doubles as a smile.  It wasn't a far fetched thought or a reckless curve.  Surely I waited til age forty to find out I was only thirty-nine years old.  It's a back up all right.  And just the kind of back up that gets you a wedding proposal before the official coat check.  I thought I'd missed it.  How did any of that happen?  Stupid questions; all of them, by now!  Well, if he doesn't show up by the date we set, I'm not just keeping the dress but I'm wearing the damn thing.

Anyway, Radiance Dunbar has one last chance to make a splash.  I've already set the records.  It's got to be double or nothing, and that was my exact response to the suits.  "Double or nothing!"

"Really Radiance?"  Those were the words I heard next.  I'm still trying to place where they came from.  Were they from the thinner soul within me, the thinner soul without me, or the thinner soul around me?  Wherever it arrived from.. my job is to sell four million records.  Ten years ago it was a no brainer.  Now, it will probably take some brains, but I'm still radiant and the voice is still there.  Just finding it a little hard to sum it all up, and sum it all up is where my faith begins.  Two albums later; one fell flat and one still sells.  Some of that is security features of course, but sound bites are sound bites and puzzled looks is not what I live for.  That being said, they're in and I'm thinking of looking her up.  Until then "Death to Forty" is waiting to brace the airwaves and winner takes all.

A Better Pair of Shoes “The Thinner Soul”, a novel

Copyright 2020 by Natisha Renee Williams and Grace Call Communications, LLC
Also Known As…  #ABPOS The Thinner Soul
UnEarth!
Following UnEarth? Write your 1st Chapter Now behind me as I unviel my new Suspended-Release Novel.. A Better Pair of Shoes "The Thinner Soul". Beginning this week, write 2 Chapters a week. Try Monday's and Thursday's and look for new graphics as I move along in my release. We'll celebrate after the first six chapters. Tell you how later. #ABPOS #ABPOS2020 #UnEarth #Week1
All Rights Reserved
All rights reserved, including the right of reproduction in whole or in part in any form.  Written permission must be secured from the author Natisha R. Williams and/or Grace Call Communications, LLC to use or reproduce any part of this book, except for brief quotation in critical reviews or articles.
A Suspended-Release Novel ABPOS An Open Book Novel Author NaTisha R. Williams blogs by NaTisha Renee Grace Call Communications The Thinner Soul TTS Chapters 1-6 UnEarth