Beyond A Better Pair of Shoes

A Backdrop and Synopsis- The year was 2006.  A new novel; the first for author NaTisha R. Williams would enter the much crowded world of literature.  Just like a baby.  However, it would have substantial meaning to those close to the author, and those soon to read it.  The title was Renegotiating Kayla.  The subject?  To many it appeared to be child sexual abuse.  To others, a girlfriend’s confessional or a look inside the misleading lives of four hard to forget characters, but no!  The subject was and still is, just as the title would indicate, “negotiation”.  Now thirteen years later, after a delayed ground-breaking, and a dazzling unfolding of the story, the author returns to renegotiate the inner life of the delicate and yet alluring breakaway star of The Decks and the Road Novel Series, Kaylin Johnson.

Her mother is dead.  Her father is in prison.  Yet, she’s no orphan.  Kaylin is sandwiched between two hugely influential siblings and may appear to be somewhat of a celebrity.  To add to the comforts they provide she keeps a tight grip on the largest pieces of the jigsaw her mother left behind of her own faded fame.  Still, there’s an elephant in the room of Kaylin’s personal life and she’s began to take on its image.

Join the author and Grace Call Communications, LLC this February for the Suspended-Release of the last novel in The Decks and the Road Novel Series, “Renegotiating Kaylin”.  Fans of the series will uncover the truth about Kaylin’s past, as fans of Renegotiating Kayla await moments of nostalgia.  Find out which series characters will show up to support this installment and whether any new characters will be introduced by following the lead into the novel release beginning on Feb. 8th at thedecksandtheroad.blogspot.com

Enjoy the Start of an Epic Tale in Renegotiating Kaylin this Valentine’s Day! 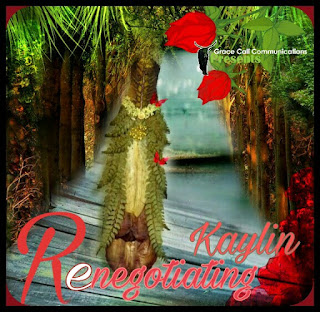 Start The Decks and the Road Novel Series:
http://thedecksandtheroad.blogspot.com/2017/10/introduction-to-freeborn.html