Ketly and I took all of our dreams and leaped forward.  We’d gotten married the next morning after the engagement party.  We hadn’t shared it with anyone, but we eventually planned to.  It was just us two and Shayne and the Justice.  We’d decided to come together under the penname J.K. Dunbar, but first we needed to make our union official.  I’d handed off my last book to my current publishers, and had found a small up-and-coming publisher in Miami with a notable portfolio and solid ideas.  Ketly wasn’t under contract and was easily on-boarded.  We were still planning on continuing our sessions with Pastor Andre.  After all, we wanted to give our marriage the best possible shot.

My thirtieth birthday had brought lots of magic.  Derek had not disappointed with a bold proposal after we’d dined at a beachside restaurant.  We’d talked so much about it, and I knew it was coming, but that didn’t take anything away from the awe.  I’d thought we’d just go ahead and do it, but Hannah said something one morning that caused me to hesitate.  I knew Derek felt the sudden change, but he never addressed it.  We enjoyed the party Kayla and Aisha had thrown for us, and it did help us to pick back up some momentum.  Then there came the discovery.  We were having a baby.  It wasn’t the way I’d hope it would go.  We would either have to hurry or wait.  I thought it best to wait.  In the meantime, I continued to hold onto what I was almost sure was true.

I was lying comfortably on the sofa.  Tony was in the kitchen.  I didn’t usually watch the news, but I was suddenly captivated by Evan’s face on the screen.  I sat up instantly, and increased the volume.  I couldn’t believe what I was hearing.  The report was that a local pharmacist was being charged with rape.  The alleged victim claimed that they’d become acquainted after she received a note in her prescription bag.  More women were apparently coming forward, and the company he worked for would also possibly face a lawsuit.  I felt chills throughout my body, and I quickly shut off the television.  I didn’t understand how I’d gotten the discernment to pass Evan up on the deal we made, but there was certainly something to be said.  I’d kept thinking that Tony and I had faced a massive storm, but just then I could see that the storm could have been greater.  I was extremely grateful.  In my heart, I thanked God, and decided to keep Tony’s company in the kitchen.

I stopped by my box to check the mail, and there it was—my annual set of pictures of Shayne.  I hadn’t seen or spoken to Ketly since that day in the hall of my old building, but I’d kept receiving pictures and other mementoes of his life.  I never wrote back, but I was happy to know that she understood how I felt about him.  When I got upstairs I handed the pictures to Tiff and she switched out the old ones.  Shayne was no stranger, and we both loved him.

I’d reached the point in my sessions with Dr. Kat where she thought it best for Wood and me to come together.  She’d asked me in advance to think of something I wanted to share with my husband.  I’d done a pretty good job at Wood’s request, of not keeping lots of secrets.  I’d even went straight away the day I’d met with Nora, and told him all that she had revealed.  That evening when Wood saw my condition, he asked me to draw the line.  He willingly accepted the challenge of helping Kaylin when the time came, but had advised me not to get sucked into all of it.  I’d thought a great opportunity to get to know Kaylin was by inviting her to join Wood, Johnaya, and I for our family summer trip, and both Nora and Wood agreed she could join us.  I didn’t know still if I could manage Nora’s request, but I tried to put myself in Kaylin’s shoes.  The first day she arrived, she was understandably withdrawn, but by the second day, Johnaya had gotten her out of her shell.  Ironically, the two were the same age, and had lots they could agree on.  Kaylin and I never had a one-on-one, but I thought it could wait.  Johnaya sure enjoyed the company, and Wood and I were happy to have time to ourselves.
Everything appeared to be in order—but then this request from Dr. Kat.  I knew already what I was keeping, but I just couldn’t find the courage.  I was hoping Dr. Kat could help.  I heard the buzzer go off from the waiting area, and my heart skipped a beat.  Moments later a young woman was exiting and we were being called in.  I looked at Wood and we both smiled.  We sat closely and held hands.  Dr. Kat began speaking almost immediately, and I could tell she was pressed to remain on schedule.

“Welcome Mr. and Mrs. Singletary.  Today we’re here to strengthen the trust, and deepen the bond between you two.  Each of you will be sharing something with the other.”  She finished and I was suddenly totally caught off guard.  I hadn’t realized that we’d be both sharing something.  I looked again at Wood, but our eyes didn’t connect.  It was obvious that I had missed something.
“Wood would you like to share first?”  I withdrew my hand, and stood to my feet.  I didn’t understand why Dr. Kat was addressing Wood the way she was.  I turned to pick up my bag, and Wood grabbed my hand.
“It’s not what you think.  Don’t walk out.”  Wood rose to his feet, and held me tight.
“I wouldn’t come here to devastate you.  But I have a confession to make.  Kayla, I’ve been a patient of Dr. Kat’s since my divorce four years ago.”  Wood confessed
“And tell her why.”  Dr. Kat coached.
“I’m a sex addict.”  Wood said and I heard, but I didn’t quite understand.  It was not possible.  I was the one who…
“It’s the reason my first marriage failed.”  He continued.
“I only knew you were coming to Dr. Kat because I saw your cat key ring.  I have one too.”  Wood reached into his pocket and revealed his key ring and cat that was obviously a lot older.
“When I spoke to Dr. Kat she thought it would be best I waited until you’d come further along.  It’s the only reason I didn’t say anything.”  Wood continued, and I could have contested that it was the only reason, but I didn’t.  I lay my head on his shoulder, and breathed a sigh of relief.
“Why didn’t you say something?”  I asked unfairly.
“First I didn’t think it was necessary.  Then I didn’t want to disappoint you, and I guess eventually I just felt like a fraud.”  Wood had come clean well, and I could tell he’d been with Dr. Kat for four years.  But I hadn’t, and I didn’t know if I’d be as good.  We returned to the sofa again hand-in-hand.  I was still afraid, but I thought maybe Dr. Kat’s balanced approach might help Wood to accept my confession too.
“Good you two.  Very good.  Take a moment.”  Dr. Kat stepped out of the room.
“I’m sorry.”  Wood offered.
“I know.”
“What is it you need to tell me?”  Wood asked quietly, but just then Dr. Kat had stepped back in.  Perhaps she knew it was coming.
“Okay, Kayla.  Why don’t you go ahead and share something with Wood.”  This time I knew for sure that Dr. Kat did not know what was going to be revealed.  No one knew.  I turned to Wood who had pardoned me the last time I’d thought to reveal parts of my past.  Now it was part of my past that was quite present.  It mattered.  I thought about Dr. Kat’s words about strengthening the trust, and it was all I could hope for.

“Okay, Wood, first you should know that I love you, and I also didn’t come here to devastate you.”
“You can tell me.”  Wood assured.
“Well, there’s one thing about Nora and the whole situation I haven’t said to you.”
“Say it now Kayla.”  Dr. Kat must have known I would keep dancing.
“Nora’s son and Kaylin’s older brother is the man I was dating right before I met you.”  I’d done it.  I’d said out loud the news that I’d swallowed and carried with me for months.
“What?”  Wood withdrew his hand.
“Why would you do that?  Why would you let me agree to her coming, and not say that?”  Wood was hurt.
“It won’t be an issue.  There’s nothing between us.”
“Kayla, try to answer the question, rather than deflecting and making assumptions.”  Dr. Kat did not let me off.
“There are no more aisles Kayla.  How much of this am I supposed to take?”  Wood was on his feet and pacing.  I remained seated.
“You’re the only one I love.”  I tried to get him to hear, but he just kept pacing and shaking his head.
“I’m sorry, I can’t.  I can’t.
“You can’t what Wood.”  Dr. Kat continued to coach.
“I can’t let her come.  I don’t want you in contact with him.”  Wood ordered.
“Why not?”
“Because I saw the way you loved him.”  Wood sat on the other sofa holding onto his head.  I quickly met him there.
“Okay.  I’m sorry.  I’ll let Nora know.”
“This is it Kayla.  No more of your past, or we won’t make it.”  Wood was like I’d never seen him before, and our marriage was in a place I had never wanted to consider, but we were still holding onto each other and it was enough. 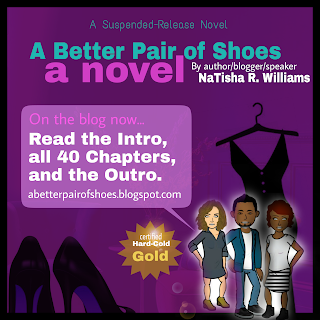