Chapter 40, Aisha and Tony Rolls Out the Red Carpet, Pt.1

Aisha and Tony Rolls Out the Red Carpet


I could recognize the surroundings, and the brick exterior that told me it was Sax.  The woman was familiar to me, but I couldn’t identify her.  I could see that Tony was not happy.  There was a short exchange of words, and then she moved slowly and deliberately into his personal space.  She cuffed his ear, and delivered whatever was she’d wanted him to know.  I saw Tony’s face change from upset to concern, and I instantly sprung up from my sleep unaware of where I was.  I looked around for a few seconds, and realized that I was at home, in bed with Tony.  The disturbance of my quick awakening did not awaken Tony however, and so I returned my head to my pillow.  I lay awake holding onto the things I’d seen, and then out of nowhere, there was a voice, a whisper in my consciousness, that said, “He knows.”  I jumped up again and this time I sat on my side of the bed for a few moments unaware of what it meant.  When I couldn’t take any more of the open air, I retreated to the bathroom.  I stood with my back against the door.  In my mind perhaps I thought my back towards the truth could make it go away.  I’d just practically gotten off my knees after the alter call at Shayne’s Christening, and now I was on my knees again.  “What does this mean God?”  I whispered.  And almost without any delay, there was that inaudible whisper in my consciousness again, “Love him.”  I didn’t get it.  God had to know I already loved Tony.  It was the reason I’d taken him back.  And then, there it was, total epiphany.  He’d taken me back.  I covered my face in horror and in awe.  Either God had suddenly showed up in a moment of crisis, and given Tony an ability I could not fathom, or He’d been there before we’d even met.  I could have personally stood on either side of the matter, but none of it was important now.  I had my orders, and although I’d assumed I was already on the job, I realized that I could do better.  I remembered in the moment how much Tony had desired to start a family with me, and how I’d asked him to give me more time.  I thought about his sacrifice, and suddenly I felt safe enough to consider his desires.  I quickly got up and began emptying my birth control pills into the toilet.  We were already married, but this was the moment that I understood we’d become Mr. and Mrs. Santious.  Now, we were not living for ourselves alone.

I exited the bathroom, worked my way beneath the covers, and climbed onto my husband’s back.  I kissed the side of his face and then the mid-size tattoo he had of the cross on the upper left side of his back.  I whispered in his ear, “wake up”, and he gently flipped me over.
“What is it?”  Tony asked now laying on his back with his head between our two pillows.
“I’m ready.”  I answered.
“Ready for what?”
“To start a family.”  I kissed his lips.
“Really?  What happened?”  Tony knew how much I wasn’t ready before.
“You did—God told me everything.  I was afraid before, but now I trust you.  I trust you with all the variables of marriage.” I blurted it all out like a child.
“Everything like…”  Tony began to ask, but didn’t finish.  Suddenly he understood.
“Aisha, you don’t have to repay me, I love you.”  Tony brought himself to an upright position.
“It’s not repayment.  It’s interest.”  I kissed him again and he smiled.
“So, do we begin now?”  He asked as he pulled me close.
“Why not?”  I sat across him, and we kissed—a lot.

That morning and every morning for the next couple of weeks, when I woke up, I felt like a new woman.  I also felt like my old self.  Whoever the woman was between the two, I was glad she had left.  More and more I was becoming the wife I wanted to be.  I was the woman Tony had fallen in love with, and the woman of his dreams—particularly the dreams he hadn’t yet thought of.  I was confident enough again to be all those things.  For now though, I had to be a great host.  Kayla and I had decided to hold a double engagement party for Ketly and Camie, and there were lots of things happening. 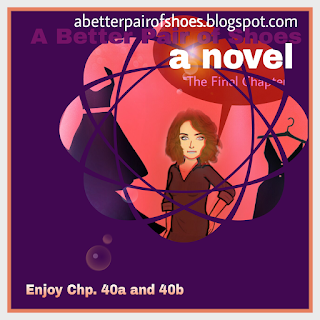