When I turned the last page of Jeff’s book, much of my hurt had dissipated.  There was a lot to show that Angela had been me, but there was nothing to prove that I was Angela.  There was no surprising note hidden in the pages of my copy of the book with a marriage proposal.  Yet, I was healed to know that my heart had not simply been a board game.  Everything I had remembered— all the truly important moments Jeff and I had shared, did not only stand out in my mind, but his as well.  I felt almost ready to pick up the pieces of the dream that had fallen apart, and make something of my reemerging hopes.  Since Angela had declined Jeff’s offer, and I hadn’t gotten one, I knew the book had come to help me to see Jeff in a different light, and for the sake of Shayne, I needed that.  I’d finished the book three days ago, and despite all it had done to move me along, I stuck it in the corner of my upper closet under a pile of other books, I’d ran out of room for.  I tried to focus on the days ahead, and specifically on all the activities of this particular day.  It was the morning of Shayne’s Christening, and my mom and dad had flown in to be there.  I hadn’t yet seen them, and couldn’t wait to meet them at the church.  Mostly, I couldn’t wait to see my father.  No one loved me like my father.  I’d shared bits and pieces about Jeff with him, but I was always very selective.  I couldn’t take the chance of him hating Jeff.  Of course it was all for Shayne’s sake.  I looked at myself in the mirror, and barely could recognize myself.  I’d gone to Kayla for the very first time to do my hair.  We’d spoken years ago, and she understood my loyalty to Sheila, but suddenly I felt for something different.   I think I wanted wow, and from where I was standing, wow had happened.  I checked the time, and began gathering all of the little things I knew Shayne would need.  He was already all dressed in his over-sized suit that swallowed him up.  I sat for a moment on the sofa to soak him up, and kiss his fat cheeks.  I lived for him.  Especially his little noises that tugged boastfully at my heart.   When I felt all filled with love and joy, I took our things, and locked the door behind us.

When I knocked on Raina’s door she was ready, and stepped out almost immediately.  We’d decided to drive together.  It was official—Raina, Aisha, and Kayla were Shayne’s God parents.  Kayla I hadn’t seen coming, but something was building between us.  We talked more, and ironically, she was beginning to feel like an older sister.  I wasn’t sure when that had happened—her maturity; her wisdom.  But I could use an older sister.

The drive was pretty quiet.  There was lots of anxiety.  But then the question that was determined to address the giant in my heart.
“Will Jeff be there?”  Raina may have wondered, but probably worried.
“I don’t know.  He should.”  I told myself.
“And your parents… did they get in?”
“Yes, they’re here.”
“Cool.”  Raina was not cool.  She was not care-free, and bubbling over with smiles and funny stories she’d heard.  I understood it, and left it alone.

I greeted my parents who’d only come to visit me a hand full of times in the last eight years.  I introduced them to my newest friend Raina, and Raina to my oldest friends.  My parents were mostly interested in Shayne and all his awesome.  I hugged my dad, and he pulled me in for a big squeeze.
“Is he here?”  He was also very interested in meeting Jeff.  I looked around, but did not spot Jeff anywhere.  Inside, we took our seats where we were instructed, and I was reminded of the first time I’d been there.  Jeff and I had visited the church as guests of Kayla and Wood’s over a year ago.  That first time, I’d accepted the invite politely, but probably wasn’t fully present.  It was much like when I’d gone to church as a kid.  This time, I was hoping there would be something—a word perhaps—for a more grown up Ketly.

When it was time for all the families to approach the platform, I looked around again; I checked my phone, but nothing.  Jeff wasn’t there.  My father quickly signaled me for Shayne, and led the way.  He held Shayne the whole time, and handed him off to the pastor when it was time.  I thought about what was taking place.  I thought about Jeff’s life, and hoped that this would be the extra armor my son would need.  Suddenly, it wasn’t simply a formality.  My heart was counting on it.

Back in my seat, I checked my phone again.  There it was.  The recognition my heart needed.
“Sorry I’m late.  Something came up.  I’m on my way.”  His recognition brought with it tears.  I didn’t reach up to wipe them.  I just sat there, and allowed them to shower me.

The word was powerful.  It was an unlikely message, but if the theme of the day was to be unlikely, it was a fit.  The message was, “Under Sieged by Good”.  Pastor Andre spoke about how spiritual attacks didn’t always appear to be an attack.  I listened and thought, and thought some more.  Nothing moved me enormously, but everything said had shifted my perspective out of its seat.  I was deep in thought.  Finally, the motions of my heart had relented, and were allowing my mind to journey in peace.  The room around me had faded, or had at least moved into the background.  It was just me and perhaps God.  Then without any understanding of what I’d missed, I felt a hand pulling me.  It was Jeff.
“Come.”  My father stepped out of the aisle, and I made my way around everyone else.  I didn’t know when he had gotten there, nor had I heard the pastor make the alter call, but we were on our way.  We stood together in a fairly large crowd of people.  It felt as though I was in the belly of the whale with guts all around me.  There were cries, singing, moaning, and lots of praying.  Jeff was holding my hand the whole time, until he fell to his knees.  I watched him cry out to God, and it broke me open.  I didn’t know how to get with God in such an atmosphere, but somehow God had known how to reach me.  Eventually, I’d come to my knees also.  After a while I could feel a hand on my back, and there were a few gentle whispers over me.  I looked around but did not spot Jeff.  When I’d collected the parts of me I wanted to leave with, I made my way back to my seat.  I didn’t see Aisha, Tony, or Raina.  I assumed they too had gotten the call, but when it was all over, everyone was there, and Raina was gone.

On the outside, we lingered in the parking lot a bit, and Jeff had officially taken ownership of Shayne.  I’d finally introduced my dad to Jeff, and although he’d missed the Christening, my father seemed to like him.  I had assumed that we would all go for lunch together, but Jeff asked for me to be pardoned.  I didn’t quite know where we were going, but I was happy that we were going. 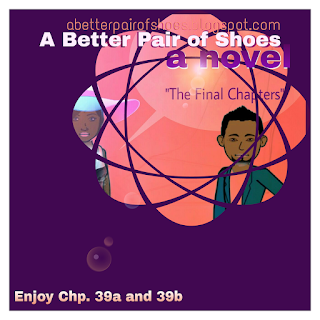