It was Monday again, and finally after three weeks, we were back in the swing of things.  Wood and I had made an early practice of playing basketball on Monday mornings.  It was my usual day off, and Wood didn’t go into work until noon on Mondays.  The last two weeks, while Ali was on vacation, we hadn’t made it out.  I wouldn’t say the delay had been welcomed, but it did work well, considering the sudden awkwardness between us.  For me, the combination of being exposed before my husband, Tony, and Dr. Kat had started to eat away at my confidence.  It also didn’t help that the last time Wood and I had tried to make love, I’d completely shut down and taken a pass.  Neither of us had seen it coming, and since then, it seemed as though we were both avoiding the issue.  Today perhaps was the moment of truth.  We could no longer continue to bypass each other.
When we got to the court, as usual there was no one else there.  It was still early, and the court which was well shaded by a few large trees, was still cool.  We didn’t speak much, but continued with the usual two short laps around the court.  At the end, we stood a good distance apart, and I fumbled with my laces a bit.  Eventually there was a quick pat on the butt and a confident, “let’s go” from Wood.  As we began to move around and contest each other, I could see the look in Wood’s eyes changing.  It was his sport, and I was still only learning.  I did know enough though to know that there were a lot more hands on the play than was needed.  He didn’t speak.  He only moved and looked and touched, and before I could count or call all the fouls, I found myself up against the fence and covered in kisses.
“I’m sorry.”  Wood whispered in my ear.
“I didn’t mean to insult you.”  He offered.
“I know.”
“I miss you.”
“I know.  I do too.”
“Let’s try again.  Let me come to meet you.”  Wood was holding onto the fence behind me with both hands, and still speaking into my ear.
“Okay.”

When we made it back, I could hardly get off my shoes and Wood was undressing me.  He was like himself and yet unlike himself.  It felt like he had decided to be open and free with me.  It was like he wanted me to know something.  We headed for the shower, and there he met me more than half way, and showed me many things.
After Wood left, I started to get ready.  I had agreed to meet Nora at her home.  On the way over, I played the radio loudly.  I had already gone over all the questions I could come up with, about Nora’s unwillingness to take no for an answer a thousand times.  Now, it was time to get on with it.  I pulled up to the townhome, and wondered if I was in the right place.  I thought I’d remembered in her letter, Nora noted that she’d sold her home.  Then again, maybe she was renting.  I quickly collected myself as best I could, and made my way to the door.  Nora answered almost as soon as the bell rang, and I found myself in a well-furnished and large living area.
“Hi Kayla. Thanks for coming.”  Nora looked much like she did the day we spoke.  Her hair was the same, and her clothes were similar.
“You’re welcome.  I suppose it’s overdue.”  I answered and continued to scan the room that had a very warm and traditional design.
"Would you like a drink?”  Nora continued with the traditions.
“No, actually I’m good for now.  Thank you.”  I was ready to know what the preliminary meeting was all about, but mostly I wanted to know what impact this meeting would have on my life.  I took a seat in the one single chair in the room, hoping to create space and perhaps some invisible boundary.  Nora was polite and all, but I hadn’t forgotten her commanding nature.  Just then, I looked over on a small nearby table, and was stunned.  I thought to blink to refresh my vision and be sure I was seeing correctly.  I didn’t want to over react, but I couldn’t ignore what I was looking at.
“Who’s the guy in the picture?”  I did not delay to get informed.
“Oh, that’s my oldest.  May I ask why?”  Nora questioned.
“Handsome that’s all.”  I silenced her concern, and hid mine.
“Oh, thank you.”  Nora took pride.
“So, I know you would like me to meet and get to know Kaylin, but I’m still not clear why you wanted to meet today.”  I tried to steer the conversation along, and back on a track I’d at least expected.
“Well, Kayla.  I’m in a tough spot, and I’m hoping to make some accommodations for Kaylin.  Your father has injured a lot of people.    Kaylin was spared.  He never touched her.  Dr. Kat was great about finding out without exposing everything, but I wasn’t so lucky.  In fact, if I hadn’t been burned, Kaylin may have been hurt.”  Nora spoke clearly and said a lot, but still found a way to keep everything concealed.  I was relieved about Kaylin however.  I continued to follow her impatiently.
“What is it Nora?  What are you saying?”
“I’m HIV Positive Kayla.  Your father passed it on to me.”  Nora continued to say ‘your father’ rather than ‘my husband’.  I heard the words, but I could not fathom what was being said.  I mean I could and I couldn’t.  It was beginning to feel as though the room was spinning.
“Actually Kayla, it’s more severe than that.”  Nora laid it down as gently as she could.  I was now sitting once again with my elbows pressed into my knees, and my hands over my face.  There was no way she was asking what I was hearing.
“Nora, there must be someone else.”  I thought and said.
“It has to be you Kayla.  That’s the dream I had.  It was your name I saw.”  Nora was again refusing to hear me, and by now there were tears on both our faces.  I tried to envision Nora’s suggestion or dream, but it was hers after all.
“How long have you known this?”  I tried to understand.
“I found out three years ago.  I confronted your father.  He said he didn’t know, but there are more.”
“More what?”  I’d fallen off.
“More women.”  Nora lay what I was hoping was the final coat of horror.  I could handle no more.  I hadn’t signed up to be dumped on.  I wasn’t prepared to agree to anything, and I was sure not to indicate that I would even consider what Nora was proposing.  I gathered my tote, extended my sympathies, and turned for the door.  I didn’t waste any time thinking or lamenting, I wanted to get as far away from the issue as I could.  I drove until I got to my salon nearby.  I sat out front, but did not go in.  I thought of what all had unfolded in a matter of just minutes.  I thought about the word “injure” as Nora had put it.  I felt the rage and rapture of a storm that had begun many moons ago, and wondered how it had continued with such strength and tenacity.  I also thought about the added complexities that Nora had not even known.  I couldn’t fully wrap my mind around this size storm.  It was seemingly unstoppable, and determined to leave destruction behind.  I thought I had already hit the ground and was on my way back up, but no.  I was just now face-to-the-ground.  Now I had to decide whether to keep my back to the storm, or to turn around to face it.  And when the things I did not know, finally overwhelmed the things that I did know, I did something I had never done—not ever.  I said the words, “Dear God”. 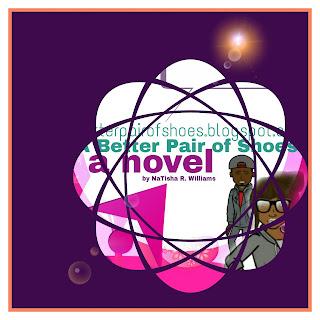