Award Presentation for "Most Hospitable Role" in a Suspended-Release Novel 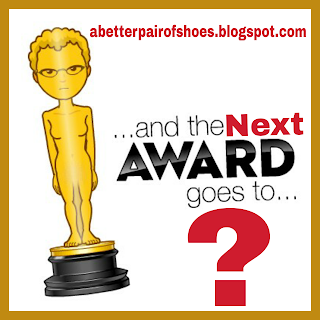 
Excerpts from Kayla’s Role the Book…
A Better Pair of Shoes, Novel

“My eyes settled on a thin envelope with large cursive writing in heavy blue ink, and I became very curious to know what was enclosed.”

“I sat in silence for a few moments after Camie had dragged her skeleton out of the closet.  I tried to put myself in her shoes and say something similar to the kind of thing I would have wanted to hear, but I couldn’t seem to put the words together.  Eventually, I heard myself mutter “wow”.   This was obviously a hat I had never bothered to try on, and surely there was a good reason why; it just didn’t fit.  ”


“How our individual orbits had directed us both to Dr. Kat Shepherd, I did not know.  As I made the dreadful realization, my heart began to pound fast and hard.  I tried to get a look at my sister without staring or making a fuss.”
A Better Pair of Shoes ABPOS Author NaTisha R. Williams Awards and Excerpts Characters of ABPOS Kayla Wins