Chapters 14 and 15, Camie Settles In and Girlfriends

I had no idea when I left Miami on Thursday that by Monday I would be relocated.  Being in Tampa was like going back in time.  My desire to know my child had brought me here, and surely nothing else could have kept me here.  In recent nights, I hadn’t slept much.  I had too much on my mind.  Like how was I going to bridge the gap between us, and how long it would take?  I also wondered if Hannah would ever be willing to move back with me, and if not; would I be willing to stay.  I felt overwhelmingly that I was at a crossroad; at a turning point in my life, and that some holistic shift was taking place.  How else could I describe the things that were taking place?  Nowhere in my mind did I see me coming back home for an extended stay.  Never had I planned on coming face to face with Derek.  It wasn’t easy for me to be here— in a state of not knowing what was to come, and not being able to completely direct it.  I had become well accustomed to order and certainty.  I tried to find the pleasures in the things I could still control.  I mainly focused on furnishing my new apt. and reaching out to my many clients to inform them of my move.  I was also enjoying the thought of decorating Hannah’s room, but I didn’t want to design something generic.  I knew it would only be a sore reminder of how much I didn’t know about her.  Besides, I wanted her to be at home in the room, and get used to being here with me.  Yet, all I could honestly expect was a lot of resistance and an immeasurable amount of attitude.
Two Days Later

The moment I pulled up to Eri’s to pick up Hannah, I felt butterflies dancing in my stomach, and a sticky moist feeling in my palms.  If there was a way I could just back out of the driveway without adding to Hannah’s disappointment; I would have.  But I knew there was no way.  I shot a glance to the sky just as I was about to knock on the door, which was to relay the thought, “please God, please let her not hate me as much today.”
Not a second after I did knock, Hannah came shooting thru the door.
“Hi.”  She walked passed me and headed straight to the passenger door, and I knew I was in for a challenge.  I quickly turned around and headed back for the car.
“Hi Hannah.  So how’s it going?” I thought to break the silence before it became too difficult.
“Okay.” She answered while texting on what appeared to be quite an expensive phone.  I took note of the butterfly phone accessory that was dangling from the phone, and I thought maybe it was a clue into some of her favorite things.
“What station do you like?”  I decided to take a risk.
“Any station is good.”
“Which one do you usually listen to?”
“93.9 is pretty cool.”  Still texting
“Cool.  Then that’s what we’ll hear.
“So, who you chatting with?
“My friend Summer.”
“She goes to school with you?”
“Yeah.”
“So I was thinking maybe we can grab something to eat and then maybe do some bowling.  What do you think?”
“Isn’t there food at the bowling alley?”  Hannah was sharper than I would have expected a ten year old to be, or maybe I was simply out of touch.
“Yeah but I kinda’ wanted to go somewhere where we can talk a bit; where we can actually hear ourselves.
“I guess.”
“So what do you like to eat?”
“I’m not so picky; plus I ate lunch already.”
“Then maybe we can get some ice cream or a shake or something.”
“Ice cream.”  Hannah stated simply.
“Great, do you know any places nearby?”

Hannah had suggested that we have our ice cream in the car.  I understood why she might have preferred the car, so I decided to go against my no eating in my car rule.
“So Hannah, I guess I should just come out and ask.  Is there anything you want to say to me?”
“Well, I don’t know.  I don’t want to hurt your feelings.”  Hannah’s simple honesty was a jewel.
“I promise I can take it.”  I said to urge her to share her thoughts with me, but I didn’t really know if I could.
“Where have you been?”  Her question was bold and hard to answer.
“I’ve been working in Miami; trying to build a better life.  And don’t get me wrong, I know that I could have visited more often, but it’s just that the last time I was here, we didn’t seem to have the slightest bond, and I guess it discouraged me.  I felt like I had already missed too much and that you were comfortable with the family you knew.
“So why are you here now?”  I sat listening to my daughter and her ability to cut strait thru to the guts of the matter.
“Because I realize that I made a mistake.  I want to know you and for you to know me.”
“Are you going to leave again?”
“I want us to be a family.”  I assured.
“What does that mean?”  Hannah greatly emphasized the word “that”.
“I’m willing to do whatever it takes to build a relationship with you.  I got an apartment here, and it has a room just for you.”
“Really?”  Hannah’s eyes lit up.
“Really!  Actually, I need your help to decorate it.”
“I know…we can do butterflies!  And maybe a big bed with lots of different color pillows”…..I sat there in total awe.  Somehow the scale had tipped, and I was actually having a friendly conversation with Hannah. Her demeanor was lighter and quite airy.  The density of the fear and anxiety between us had evaporated.  The only thing frigid between us, had become our ice creams, and even they were melting rapidly.  It was a new day indeed.  I listened intently to all the ideas she had for her room, and began envisioning the space with her in it.  It was a welcoming sight that I definitely looked forward to.

When Aisha finally returned my call, I could tell that something was really wrong.  She wasn’t her spunky, full of energy, and gutsy self.  She seemed distant and lifeless—like someone had sucked the life out of her.  I needed to see her to properly gauge the situation.  So I convinced her to meet with me.  I told her I had something really crazy to share with her.  I knew I needed to make it good to get her to meet with me.
When Aisha walked in the door to the lunch diner she wasn’t in her usual dress.  She wasn’t on as she usually was.  Her hair was under a hat.  She had on a pair of oversized sunglasses.  I tried to remember the last time I had seen her so casual, but it was hard to recall.  I waved to her, and she gave a slight smile.  I had asked Raina to look after Shayne for a couple of hours, and she was happy to oblige.
“Hey girl.”  Aisha gave me a lackluster greeting that was not conducive to the length of time that had passed since we had last seen each other.  I gave her a pass.
“You look horrible….what’s going on?”
“Don’t really want to talk about it.  Give Kayla a call…she’ll fill you in.”
“That’s a new one.”
“Yeah well things are all out of whack.  What can I say?”
“Well, whatever it is, you know I have your back.”
“Thanks.  I need that.”  Aisha sipped the coffee I had ordered her, and extended a weak smile.
“So how’s Shayne?
“He’s Great.  Just being a true source of joy.  It’s fun watching him grow and seeing his little personality start to come thru.”
“So is Jeff still moving to Miami?”
“No, but he was here last week.”  I heard myself implying that we were still together.
“So he’s just going to keep traveling back and forth?”  Aisha dug.
“To visit Shayne he will.  Jeff and I are not together anymore.”  I finally spat it out and watched it dangle in the air between us.
“Are you serious?”  Aisha’s mouth stayed parted, and she looked like she had seen a ghost.
“I wouldn’t joke about…..”  My voice cracked and tears spilled over my face.  I busted into a deep cry, and I quickly removed myself from the table.  Just moments later, Aisha came into the restroom holding both of our purses.
“Tony gave me an STD.”  She blurted out.  “I’m sleeping in one of my guest rooms, and I don’t know what’s going to happen.”  She rested her back against a wall and slid down to the floor.  I understood that this wasn’t the same “all about me” Aisha trying to trump my woes, but that she had shown an act of compassion by not allowing me to feel like a fool all alone.
“Is he married?” Aisha continued.
“He swears he isn’t.  Says he don’t know if he can be with just one woman.”
“So he loves you.”
“I suppose, but it doesn’t feel like love.”  I said now sitting on the floor with my back against the opposite wall.  Thankfully no one had walked in on us.  Yet, somehow I didn’t think it would cause us to move.  I think I could speak for the both of us and say we were too weak and broken.
“Well, I’m guessing if he wanted to play you, he’d just do it, not break up with you.”  I didn’t bother to tell Aisha that I was the one who had ended the relationship.
“I miss him so much.  I didn’t think I could even smile again; I was so hurt.  But Shayne somehow keeps me smiling.”
“I know what you mean.  I have cried myself to sleep every night since I found out.  I go back to work Thursday, and I don’t know how I’m going to get by three hours at a time.  I’m just a horrible bag of emotions.”  She said sniffling. Aisha was suddenly unpretentious and unbelievably open.  I had never experienced her quite this way.
“I never saw this coming.”  Aisha continued.
“What did Kayla have to say?”  I was awfully curious.
“Sorry.  She’s been really supportive.”  Aisha assured.
“So you two are closer.”  I clarified.
“Yeah, it seems so.”
“Well that’s good.  I think we need to all get together.  It’s been so long.”
“Yeah, well Camie just went back home to Tampa.  She and Q broke up.  It was nasty too.”
“What?  What’s in Tampa?”
“Hannah.  Her daughter.”
“Daughter?  What the hell is going on?  Why am I on the back end of everything?”
“It was a last minute thing.  Kayla and I drove up to meet her.  She hadn’t been up there in five years, and Hannah is like not even trying to hear what she’s got to say.  She has her work cut out for her.  I don’t see how she’s going to bridge that gap.  I’m guessing she’s going to be there a while.  Maybe we can all ride up next time.”
“Is it me or does everything looks to be falling apart?”  I asked.
“I didn’t want to be the one to say it.”  Aisha replied.
“But you know what they say—it’s either falling apart or falling into place.”  I leaned on my literary voice.
“Whatever.  Point is—it’s out of whack.”  Aisha confirmed. 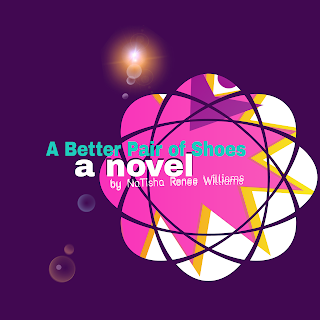