A Better Pair of Shoes, a novel
Chapter 29


She’d been hanging around the club quite a bit.  I couldn’t help but notice her.  She was tall and alluring, and her presence was bold and menacing.  She always showed up alone and never left with anyone— week after week.  She just seemed to really appreciate the music and the arts.  I did notice several regulars try to get to know her, and even took residence at her table from time to time, but she never seemed to blink or even appeared to be flattered by their company.  She smiled and made polite talk, but nothing.  Eventually, I thought maybe I would give it a shot.  I guess it’s just the male instinct to want to get in on the sport.  I knew I wasn’t trying to get into anything, but I decided to stick my head in.

I usually looked in on all the action in the club from my window upstairs and hardly ever went down.  On this night however, I already knew that if she would show up, I would join her.  Suddenly, just after ten, I spotted her.  Her sway was definitely intentional and sent waves through the large room, but up until now, it was still unknown what it was after.  I looked in for another few minutes to see if things were favorable for me to join her.  On this night she was wearing one heck of a clinger; her hair was loose and full of curls, which she had directed to one side.  Her lips were painted pink.  I expected a few of the guys to start making their way over pretty soon, so I planned to make my approach quickly.  The room was full and had no empty tables.  She made her way to the bar, and I took the stairs.  My plan was to introduce myself as the owner, and chat for a while on my way around to welcome and thank some of the guests for coming out.  Pretty simple I thought.  Surely, that wouldn’t be a crime.  So, I was sure to begin doing so before arriving at the bar.  Eventually, I made my way beside her.  Her smell was mesmerizing and enchanting.
“Hi there.”   I extended my hand.
“I’m Tony, owner of Sax—thank you for coming out tonight.”
“Oh, it’s a great spot!  I always have a great time.”  She smiled.
“Come often?”
“At least twice a week.”  She sat now with her back to the bar.
“Nice.  Well, don’t keep us a secret.”  I quickly made note of the fact that she did come alone.
“I won’t.  Sometimes a Lady just needs to unwind alone.”  She had a way of talking and smiling at the same time.
“Well, tell you what.  Give me your name, and I’ll have it added to our frequent guest list.  If you call ahead, we can reserve you a nice spot.”
“Oh, for sure.  I would love that.  It’s Reece.”
“As a matter of fact, I’ll get you one of our cards to fill out.  I’ll get it to you before you leave.”  I kept my curiosity in line with the club culture, as to not cause any wandering eyes to make my extended stop a point of interest.

Aisha decided to surprise me on one of my slow nights.  I heard a light knock on my office door, and I looked up to find my wife standing there, looking so sweet, and yet malicious.  I couldn’t fake it; I was pretty surprised to see her at the club in the middle of the week.  Lately, she was super swamped with work and school.  I quickly jumped up to greet her and let her know how much I welcomed the surprise.  She was dressed securely; like she came to see me, and not necessarily to send a message to any of the women at the club.  I quickly pulled her close, and kissed her passionately.  I held her hand, and led her over to my desk where I continued to kiss her.  I sat on the front of my desk, with one foot on the floor, and another dangling side-ways.
“It’s good to see you.  We keep missing each other lately.”  I was no doubt on a cloud.
“I know… I’m sorry Tony.  What can I say?  It’s been really challenging, but I’m always thinking of you.”  I could feel the weight of her emotions, and her sincerity.
“So, will you stay for the next set?”
“I can.”
“Cool.”  I led her out, and we made our way down.  We took a table near the stage, and one of my staff quickly came over to greet her and get us some drinks.  Just then, I noticed Reece at one of the tables across the floor, joined by a couple.  I assumed they were her guests.  I didn’t look long enough to get her attention, and instead stayed focus on Aisha, and the gift of her presence.  We held hands above the table, and kept glimpsing back and forth at each other.  A few times, we each stolen kisses, and I tried to get her to promise she’d answer my advances when I finally made it home.  I knew I could have taken advantage of the moment then, but I enjoyed making love to my wife more than just having sex.

I had gotten up from my desk where I was focus on some business emails, and decided to glance around the club.  Reece was again sitting at the bar.  I assumed that was her preference, since I had surely added her name to our list.  I thought about stopping by to say hello, but then I thought… “What are you doing?  You have a beautiful; amazing lady at home.”  And although that was true, I found myself at the bottom of the stairs, and walking towards the bar.  She sat on the side of the bar opposite the door, and to the back side of the large room— only ten or twelve feet from the place where I was standing.  I scanned the room, and everyone appeared to be preoccupied.  It gave way for me to slip into the fairly dark space with little to no reaction.
“Hi Reece.  Welcome back.  How’s it going?”  I leaned in.
“Beautiful.”  She responded loudly while bobbing her head and swaying to the music.
“Where’s Aisha?”  Reece blurted out.
“Excuse me?”  I was caught off guard and baffled all at once.
“Is that your wife?”  She asked, but I did not answer.
“Should we step outside?”  I motioned and began heading for the door.  I didn’t look back, but I assumed Reece was in the rear.  I got to the outside, and took a few steps along the perimeter of the club, as to find a secure place to speak with Reece.  When I finally turned around, she was just a few steps behind, and I awaited her anxiously.  As soon as she got within private speaking distance, I began with my questioning.
“How do you know my wife?”  I was serious, and no longer enchanted by the beautiful woman.
“A long time ago we worked together.”  Reece’s tone said… “It’s no big deal, but the air said differently.”
“I thought about coming over to say hi on Wednesday, but I didn’t want to interrupt.”  She went on.
“We’ve all come such a long way.”
“I’m sorry, is there something you need to say?  I’m not one for games.”  I could feel my fury building at the thought that Reece had somehow strategically gotten my attention.
“Funny, it didn’t appear that way the first time we met.”  And just then I knew I was dead on.
“Speak and get it over with.”  I demanded
“Well, people are talking you know.”
“Talking about what?”
“Just ask around inside.  They’ll tell you?”  Reece smiled and just like that; she was gone.  I walked back into the club which was my second home, and the many eyes suddenly following me— let me know that, there had in fact been an intrusion.  I didn’t know which smiling face was a hypocritical one, or which conversation may be pertaining to me and my wife.  It was now clear to me, that all those nights Reece sat alone; attracting bodies; she was really infecting the atmosphere with whatever it was she knew about my wife.

At the end of the night, when my manager came up with the receipts, I sat him down to see what it was that people were supposedly talking about.
“Hey man… grab a seat for a sec.  I wanted to talk to you.”  I directed Pete.
“Yeah, what’s up?”  Pete and I were cool, and Aisha and I had even visited with him and his family on a couple of holidays.
“Is there something I need to know?”
“About?”  Pete appeared puzzled, but not clueless.
“My wife.”  I was done pulling teeth, and I just needed to get this dark into the light once and for all.
“Look Tony… I don’t know what’s going on.  I heard a couple of the guys talking about her being a dancer or something like that.”
“Dancer.  What do you mean?  You know as well as I do, that she’s a professor.”
“Not now, you know… before.”  Pete clarified.
“What guys?”  I deflected.
“It’s quite a bit of people buzzing about it right now.  Actually…”  Pete restrained himself.
“Actually what Pete?”  I looked with a sincere plea for him to level with me.
“It’s pretty bad.  The rumor is that she was doing more than just dancing.”
“What?  No.  No, no, no…. God, don’t do this.”  I laid my head flat on my desk, and held the back of my head.  After a few minutes I lifted my head, and saw that Pete’s head was also hanging down.
“Thanks man.  You’re good to go.  I’ll take care of the rest of this.”  I picked up the box with the papers Pete had come to bring to me.
“Look Tony… I’m sorry.”  Pete stood, and began his way to the door.


“I appreciate you.  I’ll lock up.”  I said now standing at the window and with my back towards Pete.  I stood until suddenly I couldn’t stand.  The news had brought me to my knees.

To start the book now, use the link:

To navigate the book, use the tags below or the index from the drop down menu. 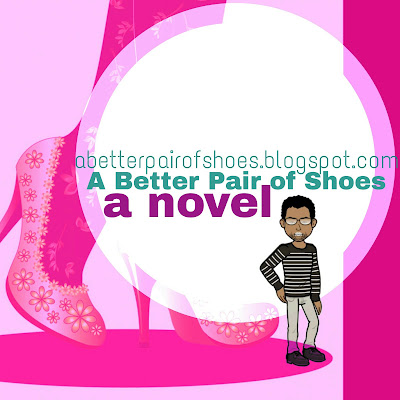