In my mind, she was arguably the sexiest woman I had ever pulled, but she hadn’t added anything to the shell I gave to her.  I remained unfulfilled.  It was nothing to do with her, or the sex we had shared, but this was not the life or woman I wanted.  Still, I tried to convince myself that this was where I needed to be—being true to myself, and not confining myself to a monogamous relationship.  Yet I felt drained.  I missed my friend and our love.  Everyday apart from her and my son left my heart weaker.  I was no good to myself.  In fact, I hadn’t written a single word in over two weeks, and although I had just finished writing my new book, my contract and schedule demanded that I keep writing.  I had tried showing up on her doorstep and begging her to take me back, but I wasn’t exactly built that way.  I knew I could get her in bed, but I didn’t know how to get her back—at least, not without making some real tough decisions.   Eventually, I’d drink my thoughts away or find another woman to distract them.  I kept trying to pin point what was so different about her.  I’d definitely been with better looking women, but Ketly was so intentional and romantic.  And until now, she had never made any demands of me.  She was just so real, so secure, so loving, and—there’s this way she looks at me.  I haven’t found anyone like her anywhere.   For almost a year and a half, she intoxicated me with her love.  More times than not, I would awaken to a good morning text— with deep poetic shit.  I sometimes wondered if it was all for me, or if it was just her flow.  She reached me at a place no woman had ever reached me.  It was hard for me to believe that all her love had dried up.  Well, it was tough to see that she could just pull it away like that.

I found myself standing in the kitchen, reaching for an unopened bottle of liquor, and taking it to the bathroom with me.  The one my date and I had been drinking from earlier was already empty.  I’d been drinking less when Ketly was in the picture, but lately it was creeping back up on me.  I swallowed about ten capsules of aspirin, and chased them with the devil in my right hand.  There was no panic, no tears.  It was always a thought that never seemed to wander far from my mind— since I was a kid.  This though was far more advanced than the expired bottle of pills I had tried with as a teenager.  I plugged the bathtub, and started the pipe.  I stepped into the large tub, and relaxed my heavy mind.  I waited for the water to overtake me, and in the meantime I continued to flood my insides.  I felt the warmth of the water around my waist and climbing.  I thought about my son and wanted to fight for him, but something was fighting me back.  My will to win was fading.  After all, I’d fought my way through enough.  I’d fought away abuse.  I’d fought away pure fear living on the streets at the age of sixteen.  Most notably, I’d fought away the statistics that said I’d always be poor, but the one thing I had never been able to completely fight off, was the feeling of not being wanted, and I was tired of losing that fight.  I thought about Shayne— I wished I could fight on for him, but all my fight was gone.  Lastly, I thought… 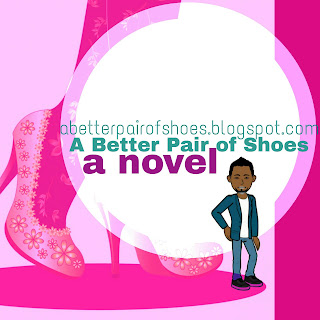