I turned my phone on vibrate and stepped into the elevator of the large tower.  I was certainly excited to be back to work.  Referrals were already coming in, and it reassured me that I would still have an awaiting clientele in Miami.  I couldn’t wait to see the newly bought condo Ms. Knox had described to me over the phone.  I gently rung the bell at her unit, and she opened the door up to brighten the entire hall which was dimly lit.  The building was clean but not regal.  Some of the finishes were out dated, and the carpet was a dingy green color.  It hadn’t lent itself to the vision I had in my head, but Ms. Knox had not exaggerated about her unit. It was bursting with natural light that came through the three four-foot wide floor-to-ceiling windows.  The cathedral ceilings were stunning. The mahogany wood floors were brand new and gleaming.  The living spaces were large, and the two bedrooms were both considered masters with walk in closets and attached baths.  I sat with Ms. Knox who looked to be no more than thirty-five, at a large red wood table with six matching chairs, which were her only furniture in the place.  I assumed they were not negotiable, and would prove to be part of the design which would earn me twenty thousand dollars.  After our short sit down, I left filled with ideas.

Back in my car, I picked up the one message I had gotten.  Surprisingly it was Derek.
“Hello Jennifer, it's Derek.  I’m calling to see if we can get together perhaps sometime this week to discuss our daughter.  Please give me a call when you get this message.”  I listened to the voice of Hannah’s father, which was not at all familiar to me.  I felt nervous.  What exactly about our daughter did Derek want to discuss?  Our last conversation had not been pleasant, and I really didn’t want the drama.  Things were beginning to shift between Hannah and I, and I didn’t want to upset that at all.  I needed to sit down and draw up my plans for Ms. Knox’s condo for a follow up on Thursday, and I couldn’t afford to get my head all clouded with any disagreements.  I saved his number, but did not return the call.
Just as I was pulling out of the parking at the Eagles Towers my phone rang, and I saw Derek’s name.  I rolled my eyes, and simultaneously answered the phone.
“Hi Derek.”  I answered with no excitement.
“Hello Jennifer.  Did you get my message?”
“No.  I didn’t have a chance to pick it up.  I was in a meeting.  What is it?”  I lied; hoping we could just hash it out over the phone.
“Well I thought that we should sit down and discuss our daughter.”
“What exactly do you feel we need to discuss?”
“Well for one, we need to decide on our visitations.  I heard you’ve rented an apartment?”
“That’s right.  I’ll be here for a while!”
“And then what?”
“Look, I can’t talk right now.  When would you like to meet?”
“How’s tomorrow evening about six…six-thirty at Monty’s in downtown?”
“Fine.  I’ll see you there.”
“Great.”  Derek said sharply and I disconnected the call.

I pulled up to the bar and grill that had an outdoor patio with about six tables.  It was six-fifteen.  The place was buzzing with lots of conversations and wait staff busily moving about.  I walked thru the outdoor dining area and entered the main room.  Several televisions were on, and showed a variety of programs.  I saw Derek stand up as he spotted me.  He looked to be still dressed in work clothes; a tan colored pair of slacks and a light blue long sleeve dress shirt, with the sleeves folded up to his elbows.  The first two buttons were undone and I could see his white undershirt beneath.  His arms were hairy but not nappy.  Funny, I had not even noticed him before.  I hadn’t realized how handsome he still was, or how much of a man he really was.  There was a quiet confidence that came across.  His hair was cut low.  His sideburns seamlessly flowed out from his hair, and into a full beard that was cut very low and had a clean line.  His brows were thick and somewhat unruly. His skin on both sides of his slender nose had little brown freckles in a scattered formation.  He kept standing until I sat.  His pale-brown lips appeared really soft.  His skin was a sandy golden color.
“Thanks for meeting me.”  Derek quickly lightened the mood.
“No problem.”  I was eager to hear what his thoughts were.
“You want to order something?”  Derek was generous and still very polite.
“Yeah, I’ll have something.”  I had observed a few tables on the way in, and saw that the food looked really good.
“So how is your hometown treating you so far?”  He got the conversation started effortlessly.
“Everything is cool.  The place looks so different though; it’s so developed you know.”
“Yeah, it’s come a long way from feeling country.”
“How long you been back?”
“Just about two years.”
“So how have things been between you and Hannah?”  I was curious.
“Things are good. Coming along you know.  I’m just so amazed by how much she looks like you.”  Derek seemed astonished.
“That first day, I couldn’t stop looking at her.  It was just too eerie.”
“Yeah, I guess she does.”
“So what you been up to in Miami?
“Work!”  I assured.
“Just work?  I thought you’d be married by now.”
“Yeah, me too.  But you learn to adjust.  What about you?  Ever got married?”
“I did.  Only lasted a couple of years though.”
“More children?”
“No. none.”
“How long you been divorced?”
“Two years.”
“So you think you’ll ever do it again?”
“I think so.”  Derek’s response surprised me, and I felt a tiny window in my heart open to a crack.
“So anyway, what did you want to discuss?”  I brought my mind back on course.
“Well, really…I want to know if you’re planning on eventually taking Hannah to Miami with you, and how we can make it fair for all involved.”
“Don’t you think we can cross that bridge when we get there?”
“Well I figure if we know the bridge is up ahead, why not address it now?  I mean, I know you have a prominent business there, and I can only assume you’ll be going back at some point.”
“It all depends on Hannah—how long it takes for her to trust me, and if she would even want to go.”
“I didn’t get that from you the other day.”  Derek was taken aback by my no pressure attitude.
“I think I was just caught way off guard by hearing you were back, and that Hannah was spending time with you.  I speak to Eri every week, and she never informed me.  I just felt like I was being oust or something.”  I came clean.
“Well I assure you, I’m no part of an evil plot to take Hannah away from you.  I simply am trying to build a relationship with my daughter.”
“So why didn’t you ever check for her all those years before?”
“Honestly, I was afraid to face you!  I knew I had broken your heart, and I figured you hated me.  When I got back a few ol’ timers asked me if I had gone to visit my daughter, and told me she was staying with Eri—said you was living in Miami, and I figured it was the perfect opportunity.”
“You’re not my favorite person, but I don’t hate you.  I hate what you did to me.  I hate that I’ve hardly been able to trust another man…but I don’t hate you.”
“I’m sorry.”  Derek looked me dead in the eyes, and I thought I detected some sadness behind them.  I suddenly felt a wave of emotion.  I quickly excused myself.

As I was approaching our booth, I saw that our orders were up, and I thought… “Great; why did I order anything?”  I didn’t realize how much my past still bothered me until I heard myself say… “I’ve hardly been able to trust another man...”  Derek spotted me, and I noticed his eyes scanning me from head to toe.  I immediately became self-conscious.
“You alright?”  Derek realized how delicate a topic our history still remained.
“I’m good. Let’s just eat.”  There were a few long moments of silence between us and then…
“I’m proud of you Jen—to see you so independent and successful.  I’m glad you did what you did.”
“What’s that?”
“Leave this town.  Experience something else.  I know it’s been tough on Hannah, but maybe it was the best thing.”
“How can not having either of your parents possibly be the best thing?”
“I don’t know, I just don’t think we were ready—might have done more damage.”
“I guess.  I can see what you mean.  I hope it was the right decision.”  I felt myself let go of my hostility.
“So how we gonna split up these weekends.”  Derek finally got to the heart of the meeting.
“She’s been with me every other weekend for the pass year.”
“I don’t know.  Maybe we’ll let her decide.”  I heard myself say, and it surprised me.
“I guess that’s one way.  You sure you want to do that?”  Derek asked as if to say she may not choose to spend any time with me at all.
“Yeah, I’m not trying to disrupt her life you know.  I just want to find my place in it.”
“I guess you are still the sweetest person I know…always giving!”  Derek and I shared a smile, and when I could no longer stand him staring into my eyes, I focused my attention back on my plate.  “What the hell was that?” I thought.  I felt butterflies in my stomach.  “Oh, God…don’t do this.” 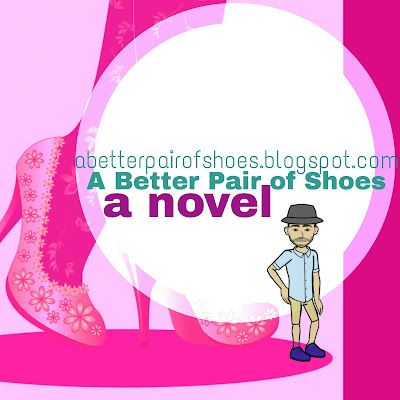