NaTisha R. Williams is a versatile producer of art through her gifts as a poet, thinker, writer, and speaker.  The author first began writing poetry at age eleven, and published her first novel, Renegotiating Kayla, at age twenty-five.   Over the past decade, NaTisha has created blogs, online radio broadcasts, and several initiatives to encourage Emotional Wellness, Personal Empowerment, and Spiritual Awareness.  She is currently the writer of The Road2Wholeness Blog and the producer of The ReWIRE Show on Blog Talk Radio.  Her latest novel, A Better Pair of Shoes came at the request of reader’s feedback; after reading the book Renegotiating Kayla.  The book is a seamless continuation and supports the author’s ongoing efforts to get women thinking more deeply about healing emotional wounds, and finding the courage to stand in the face of failure.

NaTisha is also the founder and president of a small Florida-based communications company called Grace Call Communications, that has decided to rally and encourage authors to continue to find creative ways to publish their works and engage readers.

A Better Pair of Shoes will be released as an open-book novel on Blogger.com .  The author will release portions of the unfinished novel twice-weekly, beginning on May 18th, 2017, until it is complete.

Author Backstory and Relation to Characters

NaTisha R. Williams was born and raised in the U.S. Virgin Islands.  She has dedicated a majority of her adult life to finding creative ways to tell about the things that have proven to be her biggest hurdles and triumphs.  At a young age NaTisha experienced harsh and cruel words that resulted in her having; “no self-esteem”.  At age nineteen, she cried out to God to send relief for her emotional wounds and began to make a shift in consciousness which has become the foundation of her works and contributions.  The book Renegotiating Kayla was a way to share the instruction that was given to her by God after she cried out to Him.  The character Kayla remains closest to the author’s heart because her story held that “key instruction” and also spoke of the issue of Child Sexual Abuse, which affected the lives of many of her relatives; however, Kayla’s story is not the author’s story.   In fact, none of The Ladies of Renegotiating Kayla and A Better Pair of Shoes represents a “wholistic” view of the author.  In the new book, Kayla’s story continues to be the driving force.    The author is however very happy to know that the characters come to life and are relatable to readers.  Williams, hopes not to disappoint with the new novel.

A Better Pair of Shoes is a seamless and stand alone continuation of the novel Renegotiating Kayla.  The story follows the main character Kayla Ross as she continues to create her road to wholeness.  The new book picks up after Kayla has exposed her father for sexually abusing her in her childhood, and a few months after she has gotten married to Wood.  Newly married, yet still living under her old regime of sexually robust desires, Kayla seeks to get help, at the request of her husband.  A Better Pair of Shoes also follows the quickly unraveling lives of the rest of the ladies from Renegotiating Kayla; Camie, Ketly, and Aisha.

In this fast-moving, quick- witted, and forcefully relatable offering by the author NaTisha Renee Williams, “a pair of shoes” is used to represent a state of consciousness.   In terms of shoes, Camie is said to be “a platform”; mounted up and deceivingly constructed, while Ketly is called “a wedge”; comfortable and carefree.  The author refers to Aisha as “a stiletto”; narrow minded and daring, and names Kayla “a sneaker”; grounded and designed to absorb pressure.  Williams, invites readers to read along the open-book novel, which is being released in segments every Monday and Thursday on Blogger.com

A Better Pair of Shoes takes you on a transformational journey with the ladies of Renegotiating Kayla.  Read along as the women let go of their public faces, and begin to reveal fears and truths.  You will witness an unarmoring of each character's confidence, as they heed the warning to get real, and in particular, real honest.  By the end, they would have leaped, fallen, and mostly recovered; leaving them each standing in a better pair of shoes.  The book can be read at:  abetterpairofshoes.blogspot.com

For more information or to book the author, please contact Natisha at iamnatisha@gmail.com 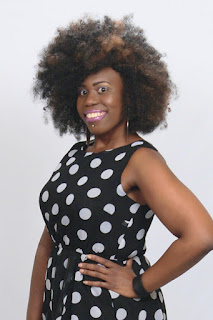